Home heating has come a long way over the last few generations, and even as recently as 50 years ago things were quite different.

Take a look at some of these old-fashioned methods of heating for that warm and fuzzy nostalgic feeling.

Hot stuff in the bedroom

With modern homes being much more equipped to keep in the heat, with double glazing, loft insulation and energy-efficient boilers reducing heat loss, these methods of keeping the bed warm are perhaps not as essential as they once were. They can, however, be used to take the edge off the chill on a particularly cold night and would likely be more than welcome if your boiler packs in!

Bed warmers in various forms have been around since the 16th century, with early versions taking the form of a metal pan with a long handle, which was filled with hot coals and run over the bed before someone got into it to warm it up and take off any moisture. While you’re probably not likely to be filling up the bed warmer any time soon, you might remember seeing one in your grandparents’ house if you’re old enough.

The invention of rubber led to the classic hot water bottle, which has been around for over a century, having being invented in 1903. This popular solution was much safer to use than the slightly perturbing combination of hot coals and bed linen, and could be kept in the bed even while sleeping. Another advantage of the rubber bottles is that they were a very cheap method of heating and could be made safer, cosier and more attractive with novelty fabric covers.

The hot water bottle saw a noticeable drop in popularity towards the end of the 20th century, as more modern solutions came into use, such as the electric blanket. First invented in 1912, the electric blanket uses an insulated wire or heating element within a blanket or pad which heat up when plugged in and can be used either to pre-heat the bed or to maintain a cosy temperature throughout the night.

Electric blankets are often seen as being rather old-fashioned, but modern advancements in technology have made them safer and more energy-efficient. Some modern electric blankets use carbon fibre wires, allowing for a more streamlined blanket. Some use a rheostat to regulate the current and ensure a consistent, comfortable temperature and, from around 2001 onwards, electric blankets have been manufactured with an automatic shutoff mechanism to prevent them from overheating or catching fire.

A room with a flue

Do you remember when the chimney breast was more than just a place to hang your statement wallpaper or flatscreen TV? Open fireplaces are already starting to become a thing of the past, but just a few decades ago they were one of the most important tools in home heating.

These days, most people can’t be bothered with the mess and effort of a real fire in the fireplace, and more and more homeowners are opting for gas fireplaces or even sealing up the chimney altogether. But don’t forget that those fireplaces and chimneys were built for a reason, and offered very efficient – and cheap – heating for the home.

Chimneys are often said to be draughty, but the flames in a fireplace actually pulled air up into the chimney, keeping the fire going and ensuring that your home was well-ventilated and reducing moisture in the air. 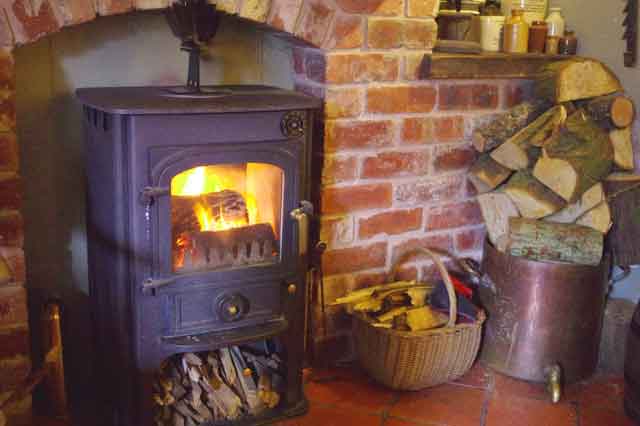 Much like the fireplace, a wood burning stove allowed the benefit of quickly and cheaply heating up the room. Wood burning cooking stoves were much larger versions which allowed food to be heated up either inside or on the stovetop, which was not intended for heating, but would have kept the kitchen nice and warm as a byproduct. Modern wood burning stoves are sometimes used as an attractive focal point for a room, and can be used for heating, but do require more effort and upkeep than options such as central heating, which can be offputting.

These days, it’s considered standard for a home to be fully fitted with gas central heating, but even as recently as one or two generations ago, this was not the case. Before central heating, lower-scale heating solutions were employed to keep things toasty and it was often the case that only one room in the house would be heated, making things warmer quicker and keeping costs down. 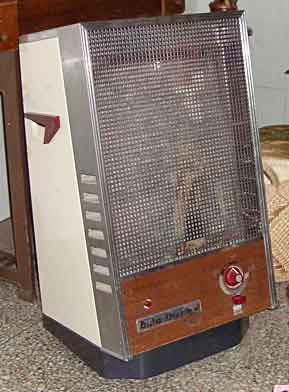 Portable gas heaters were used to heat the home and typically one heater was used to keep one room warm. These heaters generally ran from bottled butane or propane gas and brought wider availability to cheaper gas heating, posing a good solution to the issue of not being on the main gas line, or of having a cold, draughty house, but not enough money to install a central heating system. Portable gas heaters are still a popular option for use in locations which do not have a gas connection, such as in a garage or for use on a campsite, though they are not particularly efficient to use throughout the whole house.

Liquid fuel heaters used fuel such as paraffin and again can be used to quickly heat up a room. While they were good at blasting heat into the room, a big drawback was the amount of water which would be created by burning the paraffin, which necessitated better ventilation, somewhat defeating the object of heating up the room. While modern liquid fuel heaters are still manufactured, it can sometimes be difficult to get hold of the fuel, which makes this option somewhat of an inconvenience.

Thankfully, technology has come on over the decades and we can enjoy warm homes, and hot water at the flick of a switch. If you’re in need of updating your old heating appliances, the experts at VHL are here to help. Simply get in touch today for more information about any of our plumbing & heating services.